Non-Lethal BolaWrap 100 Device Filling Gap in Force ContinuumLAS VEGAS, NV / ACCESSWIRE / August 7, 2018 / Wrap Technologies, Inc. (OTCQB: WRTC), an innovator of modern policing solutions, today announced that Chief Don De Lucca has joined the Company as Ambassador of Public Safety, a key sales position as the Company introduces its non-lethal BolaWrap 100 restraint device to law enforcement agencies across the nation. Chief De Lucca, immediate Past President of the International Association of Chiefs of Police (IACP), is responsible for building relationships with law enforcement agencies and focusing communication with all stakeholders seeking to reduce the injuries and fatalities from police/public encounters especially with those in mental crisis. 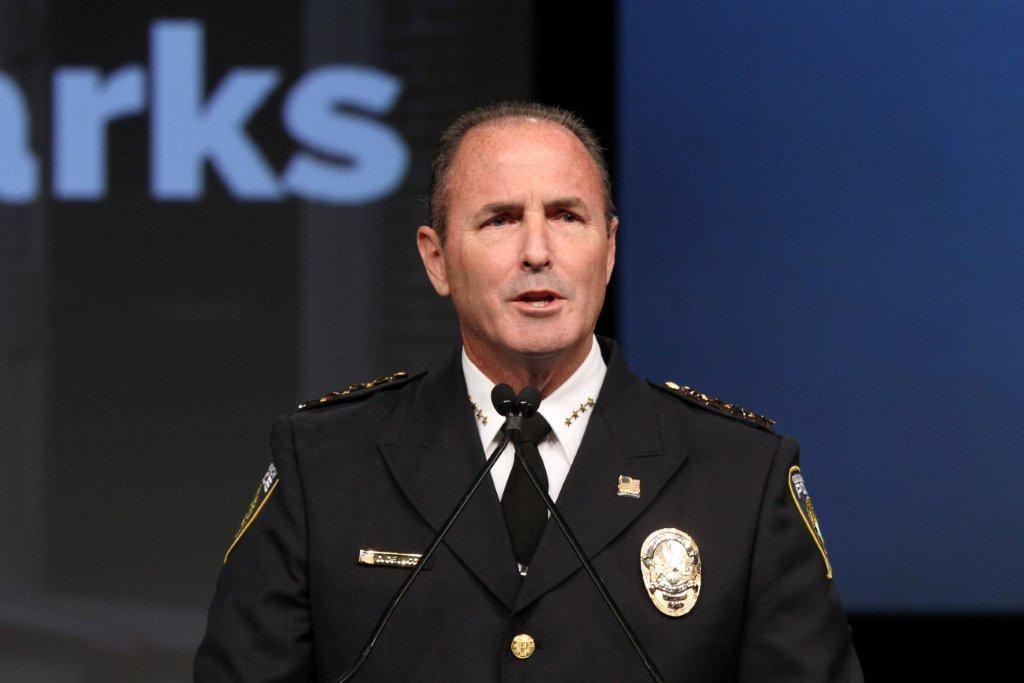 Chief De Lucca is a highly decorated 33-year veteran of law enforcement with extensive experience in non-lethal weapons and community policing initiatives. From August 2014 to March 2018 he served as Chief of the City of Doral Florida Police Department, one of the fastest growing cities in the United States with a population over 50,000. From 2011 to 2014, he was the Chief of the Golden Beach Police Department. From 2007 to 2011 he was a partner in a global investigative company. Previously he served over twenty-six years with the Miami Beach Police Department serving as Chief of Police from 2001 to 2007.“As immediate Past President of IACP serving as President in 2017, Chief De Lucca is a recognizable and extremely credible ambassador for our innovative BolaWrap 100 solution,” said David Norris, president of Wrap Technologies. “I am very impressed with the expertise he brings to his role and his ability to clearly communicate the virtues of our solution to law enforcement and community stakeholders.”“At a lower level in the force continuum there is a gap in the tool set currently available and truly needed for law enforcement officers especially in dealing with the mentally ill,” said Chief De Lucca. “This is an exciting time at Wrap Technologies as agencies are reacting very positively to BolaWrap to protect the community and officers without the need to resort to pain compliance or more lethal force. There is nothing like the BolaWrap 100. I believe it is a game changer.”For information on the Company please visit www.wraptechnologies.com.About Wrap Technologies (OTCQB: WRTC)Wrap Technologies is an innovator of modern policing solutions. Wrap Technology premiered its hand-held BolaWrap™ 100 remote restraint solution at the International Association of Police Chiefs (IACP) October 2017 international conference. In December 2017 the Company completed a self-underwritten IPO and trades on the OTCQB Venture Market for early stage and developing U.S. and international companies.BolaWrap is a patented, hand-held remote restraint device that discharges an eight-foot bola style Kevlar® tether to entangle an individual at a range of 10-25 feet. Developed by award winning inventor Elwood Norris, the small but powerful BolaWrap assists law enforcement to safely and effectively control encounters.Trademark Information:BolaWrap is a trademark of Wrap Technologies, Inc. All other trade names used herein are either trademarks or registered trademarks of the respective holders.Cautionary Note on Forward-Looking Statements – Safe Harbor StatementThis press release contains ” forward-looking statements” within the meaning of the “safe harbor” provisions of the Private Securities Litigation Reform Act of 1995, including but not limited to statements regarding the Company’s overall business, total addressable market and expectations regarding future sales and expenses. Words such as “expect,” “anticipate,” “should,” “believe,” “target,” “project,” “goals,” “estimate,” “potential,” “predict,” “may,” “will,” “could,” “intend,” variations of these terms or the negative of these terms and similar expressions are intended to identify these forward-looking statements. Forward-looking statements are subject to a number of risks and uncertainties, many of which involve factors or circumstances that are beyond the company’s control. The Company’s actual results could differ materially from those stated or implied in forward-looking statements due to a number of factors, including but not limited to:the Company’s ability to manufacture and produce product for its customers; the Company’s ability to develop sales for its new product solution; the acceptance of existing and future products; the availability of funding to continue to finance operations; the complexity, expense and time associated with sales to law enforcement and government entities; the lengthy evaluation and sales cycle for the Company’s product solution; product defects; litigation risks from alleged product-related injuries; risks of government regulations; the ability to obtain patents and defend IP against competitors; the impact of competitive products and solutions; and the Company’s ability to maintain and enhance its brand, as well as other risk factors included in the Company’s most recent quarterly report on Form 10-Q and other SEC filings. These forward-looking statements are made as of the date of this press release and were based on current expectations, estimates, forecasts and projections as well as the beliefs and assumptions of management. Except as required by law, the Company undertakes no duty or obligation to update any forward-looking statements contained in this release as a result of new information, future events or changes in its expectations.Read This Press Release on Yahoo FinanceWRAP TECHNOLOGIES’ CONTACT :Investor Relations                                                                                                                                                          IR@wraptechnologies.com]]>